What does the term ‘feminist’ conjour up for you? Again …prompted to writing by another blog I am following ‘Shake Your Conscience’ and Imrans latest post which has se…

Source: What IS Feminism?

What does the term ‘feminist’ conjour up for you?

Again …prompted to writing by another blog I am following ‘Shake Your Conscience’ and Imrans latest post which has set my brain coggs whirring:D:D

OK …..So a good place to start might be a little about my family heritage ….

My Great Grandparents on my Mothers side were migrants from Ireland ….Great Grandfather was a ‘Delver’ in the stone quarries and was killed in an explosion ( this was common in this industry at the time apparantly )

ANYWAY it left my Great Grandmother widowed with 2 daughters in tow …..at THAT time the only option was to sign in to the notorious ‘workhouse’ which was prevailant in the UK at the time ….

HOWEVER …my Great Grandmother had relatives who worked ‘in service’ at a place called Coley Hall ….I think they may have been tenant farmers or something ….I’m not 100% sure ….but they apparantly hid my grandmother and the girls untill they got on their feet …my great grandmother and the 2 girls eventually securing work in a local textile mill called Selkers …..fortunately this was a smallish family run mill which looked after their workforce ….quality rented accommodation etc ….the story goes that just before  ww1 Mr Selker was imprisoned as an ‘enemy of the state’ because he was a German Jew and conscientious  objector (it doesn’t sound right that does it ….but that’s what I was told)

ANYWAY Alice ( the eldest of the girls who was just a teenager at the time) had been trained up in office and admin skills and apparantly more or less ran the mill  untill Mr Selkers release from prison and her subsequent marriage to my grandfather( and no …unfortunately I have NOT inherited any of her organisational skills:D:D)

So …I guess this is a little insight into my background ….I never knew Alice or my maternal grandfather as they passed long before I was born ….I DID have a very close relationship with Emma tho, the youngest of the 2 daughters and my great aunt.

Emma eventually married herself and there is an incredibly romantic story re how she met her husband which I might blog about at some point ….suffice to say they were the most AMAZING couple to be around ….no children of their own ….but a true partnership ….very warm, caring and hilariously funny …..very much loved and central figures in the family …they both lived well into their 80’s ….Emma passing within months of Alf despite being fit and well up to that point:(

Suffice to say …..Emma used to tell me stories of her mother and Alice. Including the feminist and socialist movements that they got involved with ..she instilled in me that I must ALWAYS use my democratic right to vote as it was a privelage that had been hard fought for….their generation would be DISMAYED at today’s political apathy …oops digressing again

So what does feminism mean?

Well it does NOT mean anti men

But it DOES mean women having the same RIGHTS as men ….at the very least the rights to the same education, healthcare, workers rights, be able to live free from abuse and equal as citizens.

In an ideal world men should be feminists too ….just like you didn’nt have to be black to support the black civil rights movement in the US or anti apartheid in South Africa

I guess what puts people off the term ‘feminism’ is that often women have HAD to adopt masculine traits to ensure their voices are heard …..deemed ‘militant’ and ‘aggressive’

I personally have nothing against women being ‘home makers’ and men being ‘providers’ if worked as a ‘partnership’ and NOT as a means of subjugation …..an excersise of power and control …..and I DO believe the extended family is the ideal environment for raising children where possible ….the TRUTH is tho that for various reasons there is often no ‘choice’ in the matter and women (mostly) but occaisionally men, find they HAVE to just get on with it and try to do their best in situations that are not ideal.

Hmmmmmmm ….but at least folk going it alone are not locked up in the ‘workhouse’ anymore……YET!!!:D:D

Hmmmmm ……further things I can think of blogging about are ‘bringing up boys’ ..current ‘social cleansing’ otherwise known as ‘gentrification’ PARTICULARLY in London …….and maybe a series called ‘My Family And Other Animals’ the title in homage to one of my favorite books as a kid:)

Oh ….and do I consider myself a ‘feminist’?

Well being female I couldn’t NOT do:)

Ok …..so ….following on from this REALLY stressful and frustrating week ….Matts comment re my …’I Think Its Called’ post …. plus the Christian Easter celeb…

Source: So what IS secularism?

Ok …..so ….following on from this REALLY stressful and frustrating week ….Matts comment re my …’I Think Its Called’ post …. plus the Christian Easter celebrations going on at the moment….thought I needed to define ‘secularism’ ….which the UK aims to be really …….a ‘secular society’ …..Hmmmmmm we’ve still got a ‘Royal Family’ and the ‘Church of England’ ….but ‘yes’ I guess under ‘secularism’ there is room for these too ……it depends how they use their ‘positions’ in society really …..but ANYWAY the following link provides a pretty good definition if you ask me …….it doesn’t necessarily mean ‘atheist’ but is a framework which endeavours to provide equality for all

Thing is there’s ‘equal’ and ‘equal’ isn’t there?

Ok …different belief systems are accounted for …but in measuring ‘equality’ …equal to who and what? ……who sets the standard? …..and is the bar impossible to reach for many? ….if we’re after ‘equality’ how much is ‘enough’? …….it’s relatively easy for those below the baseline to WANT to step up ….but are those sailing way above the stratosphere re what they ‘HAVE’ able to step down a little ….give up some of their resources and power to enable a more level playing field? …..is this indeed at all possible? …..and what would happen if everyone abandoned ‘faith’  or ‘ethics’ of some kind and all you were left with was the ‘secularism’ itself ….some would argue that this is what is happening ….science without ethics …. capitalism without ethics …..forming a ‘religion’ in themselves of sorts …. one which promotes a kind of human narcissism both individually and collectively …..individual ‘rights’ or ‘entitlement’ over responsibility and compassion

Hmmmmm is there an overarching ethical/philosophical framework which could encompass all for a society of the 21st century I wonder?

……just throwing the ‘thought’ out there as per

Ooops …must go and sort the laundry now or I’m going to end up with an odd sock mountain again:D:D:D

Or …day off work with the kids to eat chocolate HURRAH …hey c’mon ..I live in the 21st century … like celebrations of ANY kind ..ESPECIALLY ones involving chocolate eggs :D:D 😉

Pope Francis performed an annual Easter season ritual on Thursday (March 24), kneeling in front of Muslim, Hindu, and Christian refugees and washing and kissing their feet at a shelter in Castelnuovo di Porto, Italy. The “Holy Thursday Mandatum” reenacts Jesus’s washing of his apostle’s feet before his crucifixion, and is performed by the Pope…

Less than two weeks after Islamist militants attacked a beach on the Ivory Coast, killing 19 people, Ivorians returned to the same beach to make a music video about living without fear. “Meme Pas Peur,” or “Not a bit afraid,” features peaceful landscape shots of Grand Bassam beach, where gunmen with Al-Qaeda in the Islamic… 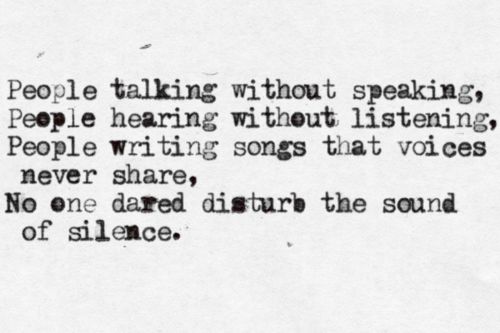 You can check out the tracks on YouTube if you like …I think the term is ‘existential depression’….and we’ve got a kind of global crisis on our hands

I’ve HAD to dig out Eric to blog out my frustration… One of those weeks again I’m afraid:( I think I’ve pretty much described the area I live and work and it’s communi…

One of those weeks again I’m afraid:(

I think I’ve pretty much described the area I live and work and it’s community make-up.

What I haven’t said before is that two of the three 7/7 London suicide bombers were from round here ……SHOCK …..and from memory I think it was the first time it was acknowledged  in the mainstream that we had  discontented Muslims  in our communities and these lads were ‘home grown’

Although shocking …it didn’t suprise folk living in towns like this ….described as an area of ‘deprivation’ …..a lot of young people ( particularly boys) across the racial spectrum somewhat lost and directionless …CONSTANTLY being sold a life of material wealth that just seems SO far out of reach …like ALL young people …searching for where they ‘fit in’

So what do they do?

Well on one side…there’s a HUGE drug problem …..which in turn leads to addiction and crime …

I think we ALL remember the horrific 9/11 attack in New York …..I was on maternity leave at the time …..I remember I was out shopping ……remember walking past curry’s electrical store and these planes crashing into a building on the silent TV screens ….it didn’t really register ….just thought it was some kind of action movie …..didn’t really take much notice ….untill I got home!!!!?

And I don’t think it’s accidental that the attack was planned to replicate some kind of Hollywood action movie ….the twin towers representing the global financial/capitalist power house ……it was all VERY symbolic but THIS time the story was horrifically REAL!!!!

And what did the ‘West’ do? ……Mr George W Bush stuck on his cowboy hat and went off all gun ho ……..I think it’s safe to say he had absolutely NO understanding of Islamic culture ….he had not even travelled abroad …not left American shores before becoming president ….SCARY!!! …..then Tony Blair scuttled off after him ….and the rest is history …the latest hitting mainstream media being the suicide bomb attack in Brussels this week

Anyway ….I CLEARLY do not have any kind of in depth knowledge re world politics ….but I am entitled to an ‘opinion’ like anyone else

Sadly there IS a certain branch of Islam preaching fascism and wanting some kind of new world order or ‘Islamic State’ prepared to use violent extremism …..

BUT ….likewise our democratically elected governments are ALSO not beyond reproach…in the pockets of wealthy corporations ….a kind of ‘Capitalist Facism’ if you like….excluding great swathes of their electorate

BOTH need to get into some kind of dialogue and find some kind of middle ground ……there IS a lot we can learn from Islamic AND other cultures …..there is a LOT good about democracy and liberalism too …can different cultures LEARN from each other …..compromise …..adapt ……take the best bits and work together and move on in a different more positive way?

It frustrates the HELL out of me